Dear Mummy, our Easter adventures this year have been cracking (excuse the pun). One of our highlights was a trip to see Disney on Ice at The SSE Arena, Wembley. We had the pleasure of attending a show called Worlds of Enchantment along with my folks and grandparents. Disney on Ice is currently touring the UK and we caught up with Mickey and gang to enjoy a big family outing in our big capital, London.

Worlds of Enchantment is a 2 hour show with a 20 minute interval and it was the perfect length for little people like me. Our hosts Mickey, Minnie, Daffy Duck and Goofy whizzed us through four wonderful Disney stories – Toy Story 3, The Little Mermaid, Cars and Frozen. But it wasn’t all about sitting still for 2 hours as we had fun jumping up and down with the Fit to Dance skaters at a pre-show party from the stands. 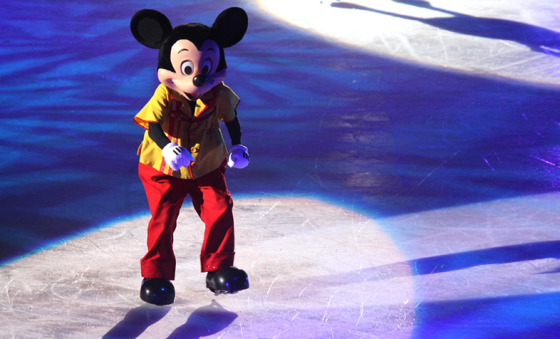 The SSE Arena is one of my favourite venues, it’s just the right size and not too big, there were hardly any queues to get into the venue and security checks were fast and smooth. The only hitch we encountered was before the show with the long queues for the food stalls outside the main hall. As my daddy and grandpa queued to get food we took our seats and admired the view high above the rink.

As with any concert venue the snacks and promotional items are expensive, but that is normal these days, so my folks just made sure to take loads of pennies. We’d recommend (if you visit the SSE Arena) to stop for lunch at the Designer Outlet next door and we enjoyed a meal at Zizzi’s before the show started, just remember to book. However we can vouch that the popcorn and snow cones are amazing at Disney on Ice and we nibbled on snacks during the performance! I ended up with popcorn all over me and inside my top as I woofed it down. 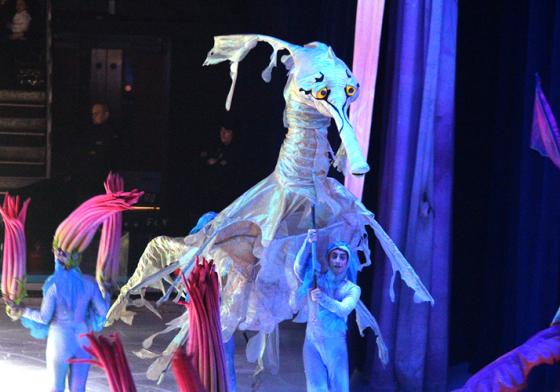 We’d also recommend sitting away from the side stage area, as we were placed side-on next to the entrance of the stage so missed the opportunity to see the show sets and props from a frontal view and missed the action as the curtains got in the way. We’d heard other families in the foyer remark that the set design was impressive at this years show.

The skaters did make use of the whole rink however it would be nice if they finished their performance side on occasionally so everyone could see not just their backs all the time. Thankfully my mummy captured the shots when they faced us (thanks to her trusty zoom lens) and I was happy to watch the dance formations from high up.

There also were raised areas where the characters stood at the front of the ice rink which were too far away for me to see forcing me to stand up and creak my little neck, so having some more character platforms dotted around the sides of the rink would be a nice idea too.

We love that the show is interactive and encourages the audience to clap and sing along. Even though we’ve been to Disney on Ice three times we always find the show exciting and its great that they reinvent the show each season. The stories, sets and costumes change each show and bring fresh excitement to all the little fans. We also noticed some of the finer details like the LED lights on Anna and Elsa’s costumes which we hadn’t seen before.

With the introduction of Disney Pixar’s CARS for the first time in the show we were fascinated at seeing full-size cars driving around on the ice. It left my folks stumped and they had no idea how they managed to drive on the ice with no visible drivers. It was truly magical and really believable for the children watching. Gasps of awe from the audience as the large pyrotechnics and fireworks made people jump out of their seats really added to the drama of Radiator Springs.

We’d have to admit that Toy Story 3 was our favour routine to watch and even though it was a longer performance than the rest of the stories it was amazing. The characters came to life in giant costumes and it was impressive to see them dance and skate on the ice considering what they were wearing. Barbie and Ken’s ice skating was on point!

The skating was amazing to watch but the special effects definitely added an extra dimension to Disney on Ice this year and even though we couldn’t see the full set due to the angle we were sat at, we loved the stage rigs and seeing Woody take flight around the arena. 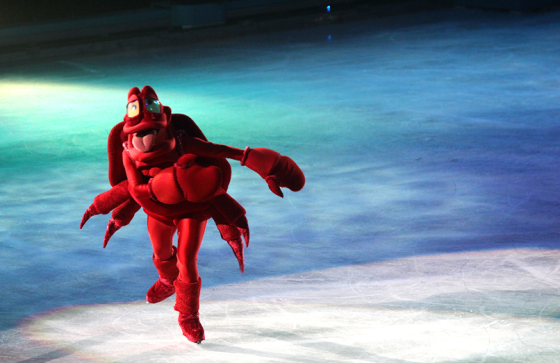 The Little Mermaid performance never ceases to amaze me and the bright colourful costumes which totally transformed the skaters into the characters they were playing along with a great musical score really aced it for us. With some beautiful skating from Ariel I was totally transfixed watching my hero on the ice. The production is really slick and the lightening along with bubbles that fell from the sky was a visual treat for all of us.

We tried to capture a little bit of it on our Disney on Ice vlog below (not too much though as we don’t want to give the game away).

Of course the crowd pleaser was Disney’s Frozen and as soon as Elsa and Anna appeared on the ice everyone was singing and bopping along in their seats, while children squealed and cheered in delight. My mummy says it was a real pleasure to see the wide-eye look on my face. 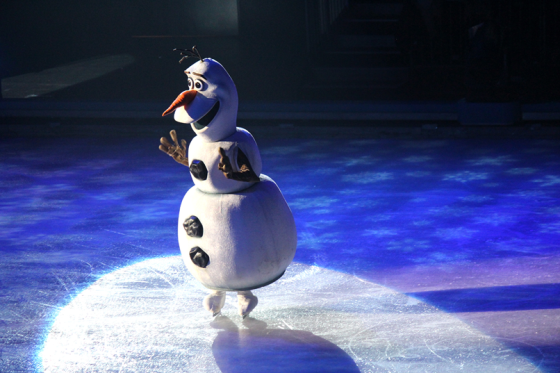 The stories seamlessly flowed from one into the other and it was nice having Mickey and the gang pop up in-between performances as they held the audience’s attention. It’s such a unique experience and nothing we’ve seen comes close to a Disney on Ice live show. You still have plenty of time to catch it as it tours for another month and we’d highly recommend it. 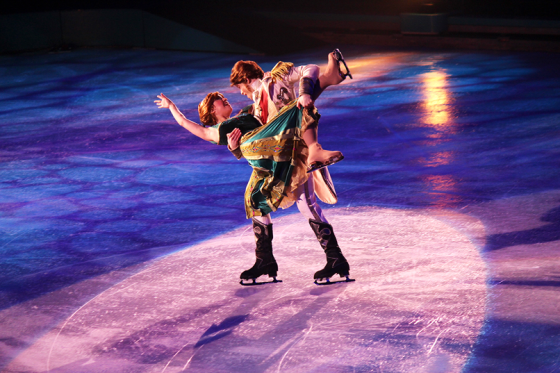 Keep your eyes peeled for future dates and shows and we can’t wait to see what Disney on Ice produce next time!

Disclosure: We were asked to review Disney on Ice Worlds of Enchantment in order to produce an honest review. All thoughts, Disney ears and pictures are our own.

16 thoughts on “Disney on Ice, Worlds of Enchantment Review”