Dear mummy, while on our mid-week break at Bluestone Wales we booked to go on an adventure to the Secret Fairy Village within the park. I am not sure who was more excited about this! I couldn’t wait to meet the hobbits and the fairies! My folks were intrigued to see where this hidden village was and tagged along for the journey into the unknown.

With the Fairy Queen and Tim the Hobbit

We met Tim the Hobbit at the village play park and he told us all about the secret village and made us take the secret oath (even my parents had to swear secrecy to the fairies). He was a right character and very animated! 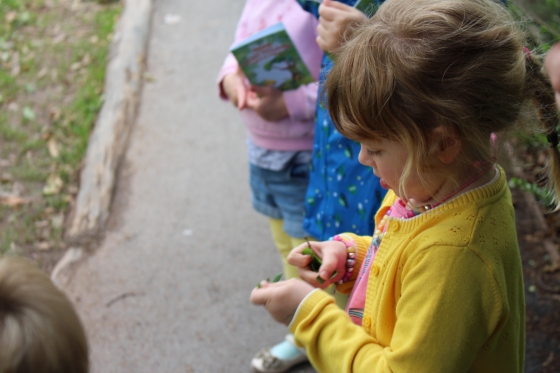 Collecting magic on the trail

We were given a little map and a clear pouch to put our magic glitter in after completing challenges long the way. All the children were very excited and hung on every word that Tim the Hobbit said. He was like the pied piper and we all followed him down the pathways and into the woods.

On our adventure around Bluestone woods we saw a troll under a bridge, giant foxes made out of wicker and other pretty decorations littered on the pathways. Every time someone came across our little fairy expedition we had to stand still and pretend to be trees which was very funny.

The entrance into the woods

You see it was a secret mission that we were on and the hobbit guided us further and further into the deep woods as we danced, sung and followed behind hanging on his every word. Once in the centre of the woods we stumbled across a fairy village with tiny fairy doors carved into the trees and the rocks. It was very pretty and the colourful doors were all different and hand painted with miniature door knockers and steps.

Across the muddy bridge and further into the dense forest we met the fairy queen in her home, a house made of twigs and vines. Here we stopped for a short story and some singing, all that was missing was a camp fire! It seemed we were miles away but in fact we were just walking the edge of Bluestone and it was only a 20 minute walk there and back. 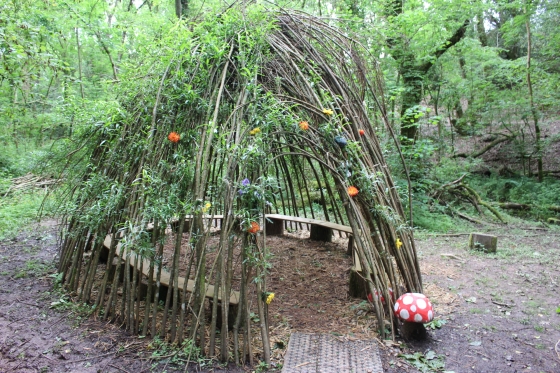 It’s a shame the adults had to accompany us as at one point they kept getting in the way! Even though it was muddy (wellies are recommended) we had a fab time and loved all the small details like the carved toadstools, fabric flowers and crafted bugs. The fairy queen was magical and fantastic with all the children, holding our hands and guiding us back through the forest to the starting point. For £10 for this experience it was well worth the money and kept me occupied for over an hour. 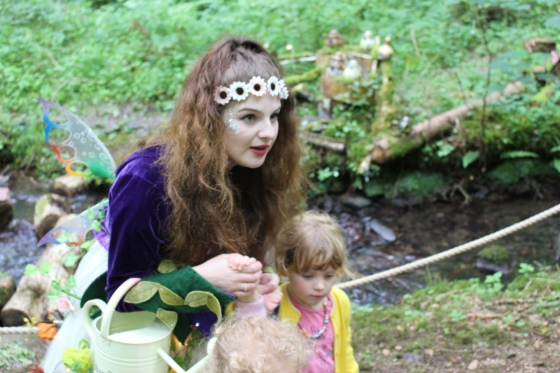 Being helped through the forest by the fairy queen

We can’t tell you too much about the rest of our adventure as we’ve been sworn to secrecy but trust us it’s an experience that you don’t want to miss if you visit Bluestone Wales – just remember to bring an active imagination as magic is provided.