Dear Mummy, we’ve had a rather bizarre time at Blissfields this year. From unicorn racing to coloured paint parties, hugging trees and strange costumes it was wacky at our local music festival. Set in the picturesque fields of Vicarage Farm, just off the M3 outside Winchester, Blissfields is a small boutique music festival and offers a perfect introduction into festival life for kids.

Blissfields has been likened to a mini Glastonbury in Hampshire and it’s a great place to spot upcoming music stars and hang out with friendly festival goers. Blissfields prides itself on being very family friendly and we can’t argue with that having visited so many times. 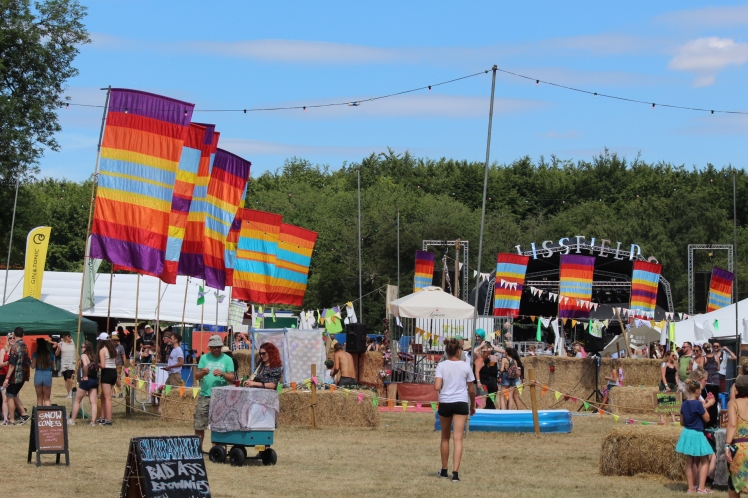 This was our third time visiting Blissfields, having enjoyed a House Party with them in 2016 and turning back time in 2015. We have to admit that this year was the best yet. The sun shone, the site gleamed with beautiful decorations and people wore weird and wonderful outfits making it a real feast for the eyes. Main camping was moved across the little lane allowing more room for further attractions like the wellbeing area and free hot air balloon rides. 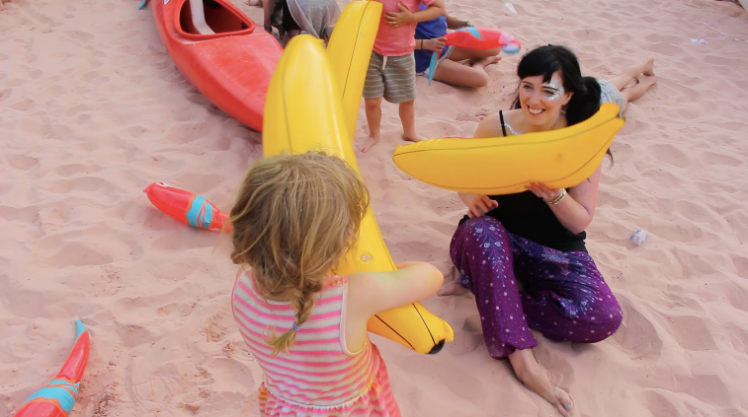 Being a young family we mainly hung out at the kids area called Angel Gardens during the day which allowed my folks to kick back and listen to the live music waft over the summer breeze while I was entertained by the creative angels. It really was a chilled out festival experience for them, especially for my mummy who’s recovering from recent surgery. 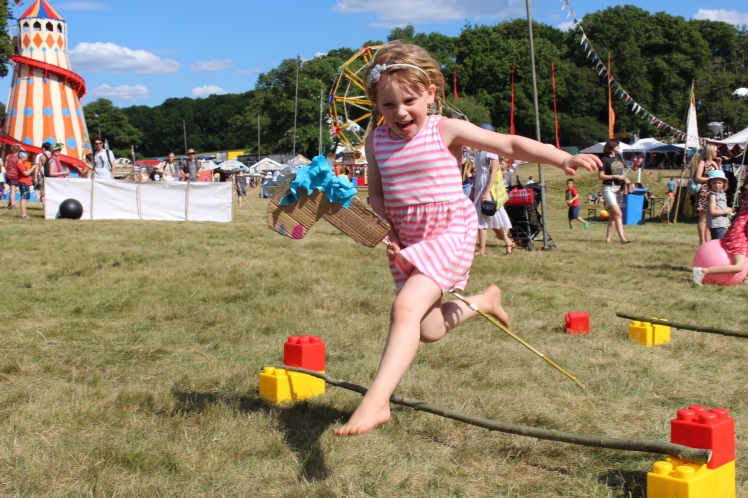 I had the pleasure of making my own unicorn hobby-horse and racing her in the steeple chase, dressing up and parading through the site. We loved this area for keeping kids amused and entertained with puppet shows, talent shows, story time and live music. I also couldn’t resist hula hopping and playing with the large garden toys and space hoppers. 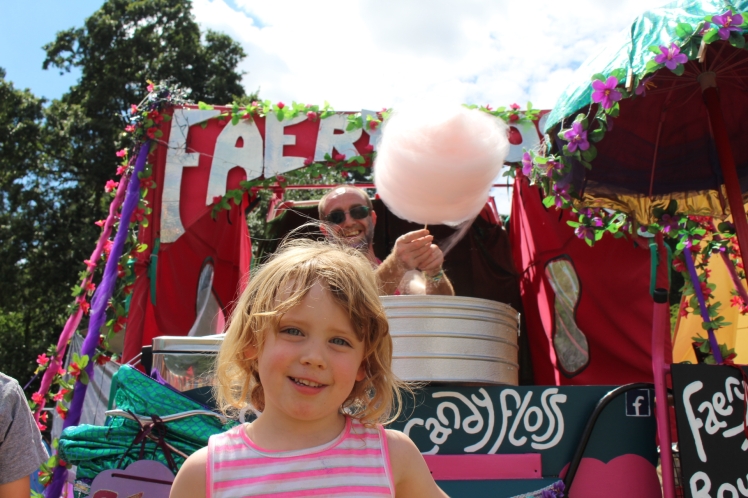 I sampled the most delicious candy floss, which is becoming a bit of a sugar habit at festivals! It was light and fluffy and the staff were great at keeping us amused with tales of fairy magic while showering ourselves with glitter! 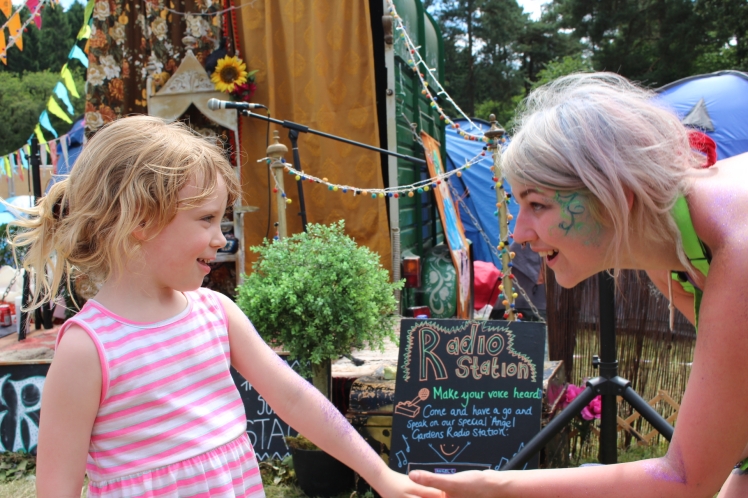 My folks and I enjoyed lazily walking around the site and taking full advantage of the on site fun fair. I loved riding the big wheel and going on the helter skelter. Even though these were at extra cost we got to ride on them multiple times for a couple of quid so it didn’t burn a hole in my folks pockets. 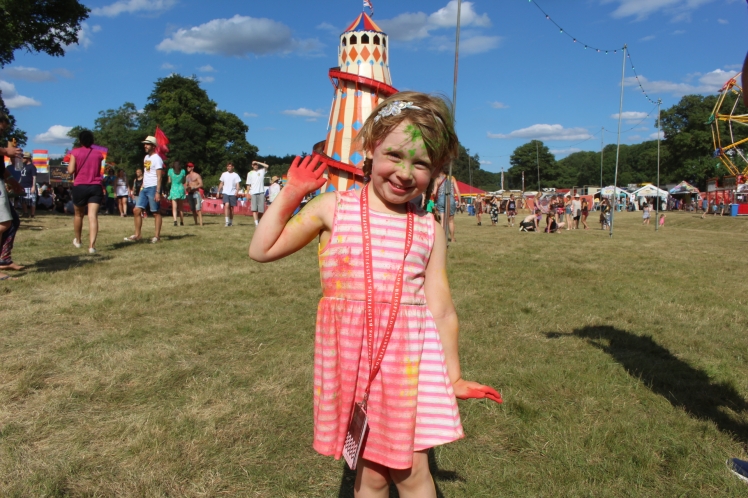 We even got to join in with a paint party which was most unexpected as it happened right next to the kids area. I had fun running through plumes of rainbow clouds covering myself and others in dried powdered pigment (see video above). There was ample of space to roam around the site and it never felt overcrowded or overwhelming for kids. 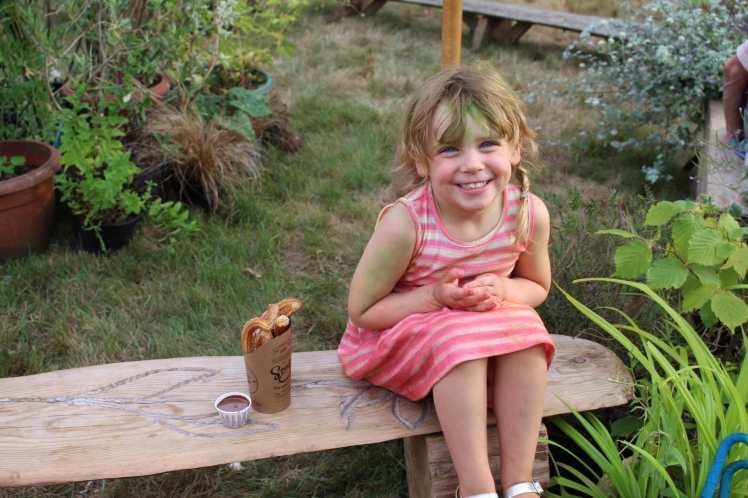 The craft area and blissful gardens next to the main stage were a haven for festival goers who wanted to chill out in the sun (and the shade) and watch the world go by. We spent many an hour watching the performances next to the tree of hugs, a large oak tree surrounded by cushions. We loved the annual Beans on Toast performance which seems to be a permanent fixture and crowd pleaser on the Blissfields line-up and the smashing set from Dub Pistols who were feeling the heat! A welcomed addition this year was the Kiwi Bar by Old Mount Cider and we loved the décor of the swinging leather sofas and white washed furniture, it was a little overpriced though at £4 for a can of cider. However it complimented the Hop On Inn, a double-decker bus bar, which offered further places to sit, photo opportunities and take in the atmosphere of the festival. 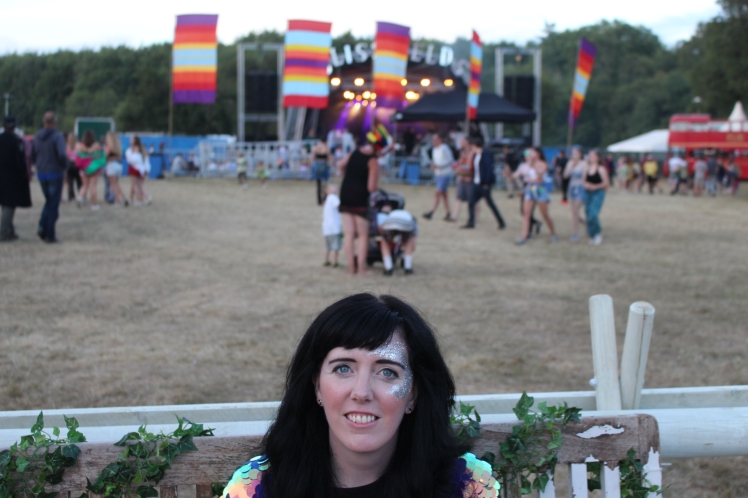 Sadly my folks didn’t get the opportunity to hang out in the Hidden Hedge like last year, but were still really impressed with the art installations and creative direction of this part of the festival. At night it came alive and is still what separates Blissfields from a crowd. 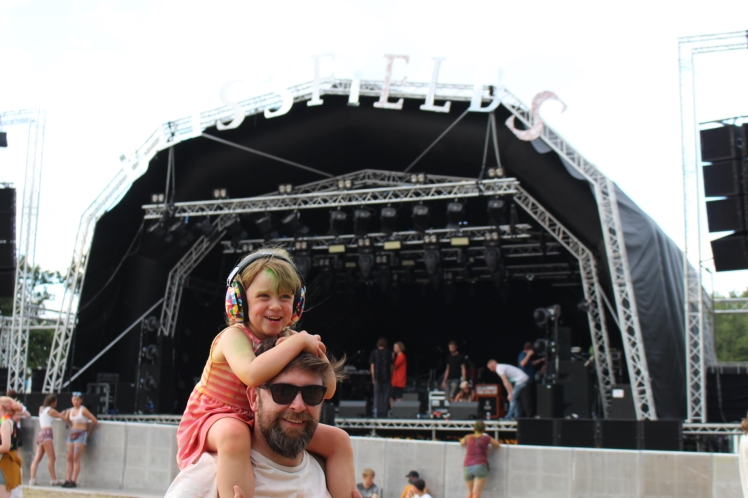 However, they did see spectacles beyond the hidden hedge in the main arena, with a furry car driving elaborate costumed festival goers, oompa loompas, tightrope walkers, jugglers, tumblers and disco yoga performances during the day. 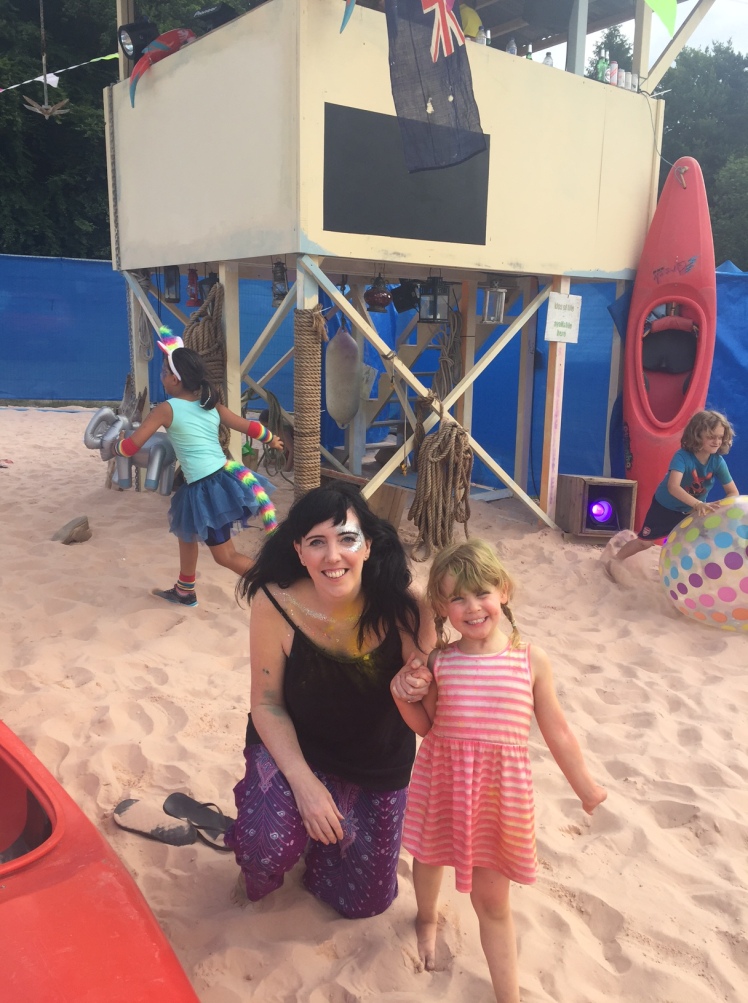 The man-made beach called The Bay was relocated this year which was a great decision allowing more room for festival goers to dance throughout the day and into the small hours. That’s why taking ear plugs with you was important in the remaining camping areas as it can be a loud site at night. They also had loads of inflatables which the kids enjoyed playing with and the sand was super soft and immaculate. 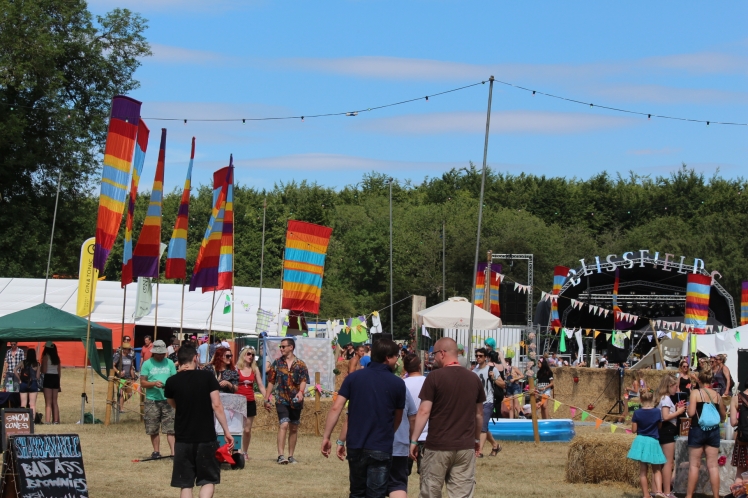 Festival facilities were good this year and every time we visited the loos they were cleaner than expected, which is great when you have kids in tow. The selection of street food vendors was spot on and we loved the stone baked pizzas, snow cones and churros. The car parking had been moved to a larger field which made excess easier, and everywhere we looked there seemed to be less queues compared to previous years. Not once did we need to wait for food or beer. 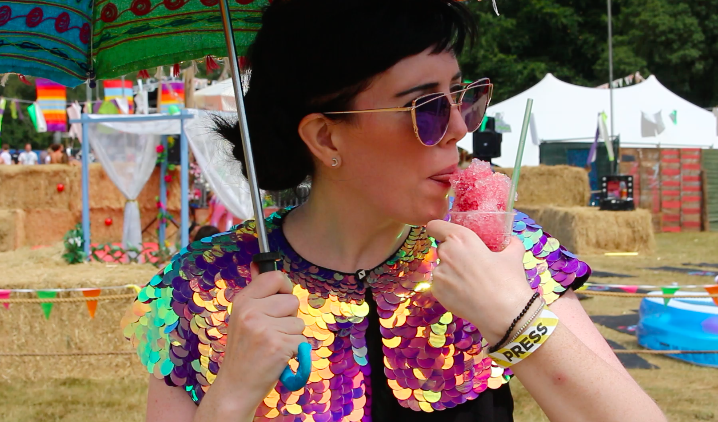 My folks highlights were The Cinematic Orchestra, my daddy has been a massive fan for yonks and seeing them live was a real treat for the senses. Metronomy, fresh from Glastonbury, helped soothe people’s glastoblues and we felt privileged to see them on a much smaller scale. There was a real mix of acts which makes Blissfields so diverse and special. 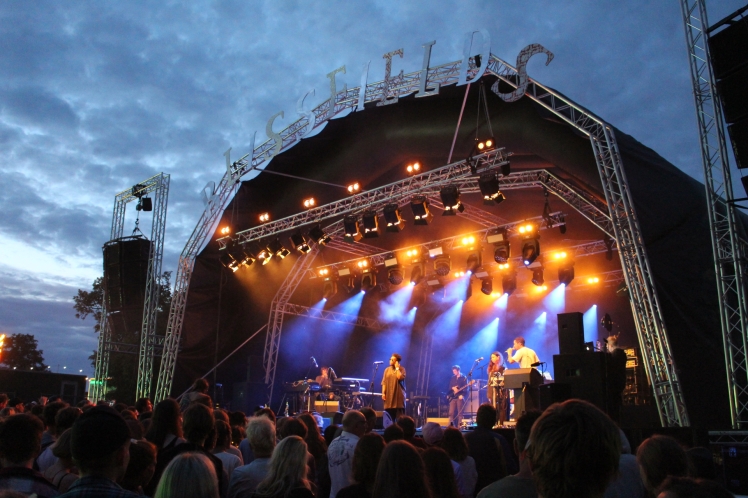 There was so much going on at Blissfields this year that we made a little video of our time there. Sadly we never made it on to the hot air balloon for the free rides they were handing out, however we heard a lovely story that a couple got engaged on it with views across the site! 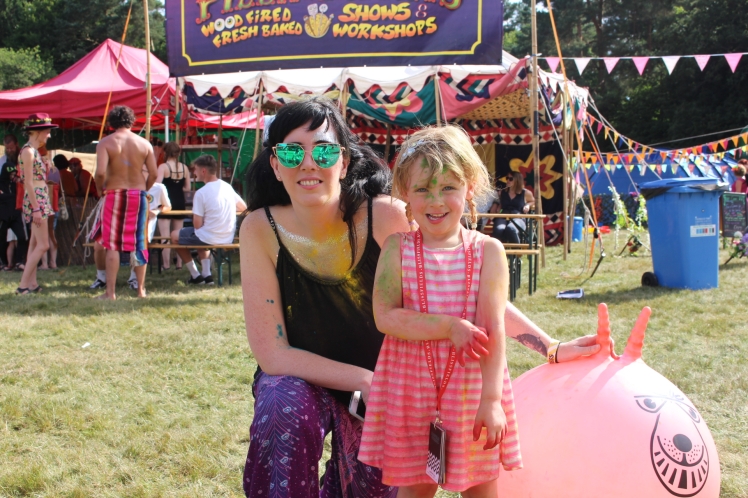 Again another great music festival which is a fantastic feeder festival for emerging talent. It’s a fab experience for family’s and perfect for a weekend camping trip or just a day trip for families wanting to dip their toe into the festival scene. We can’t rate it highly enough and are lucky we have it on our doorstep.

Blissfields is taking a year out and returning in 2019, so save the date in your calendars as we can’t wait to see what they have in store. It’s going to take a lot to top this one!

Disclaimer: We were invited down to Blissfields in order to conduct a review, all photos and opinions are our own.

34 thoughts on “My Bizarre Blissfields Review 2017” 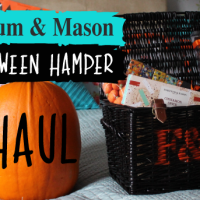 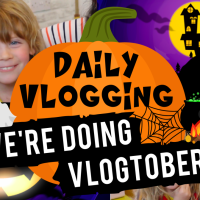 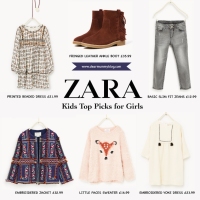 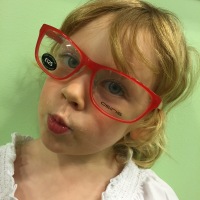 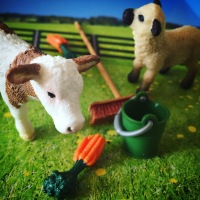 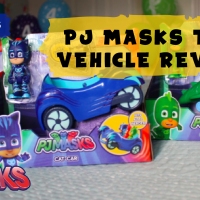 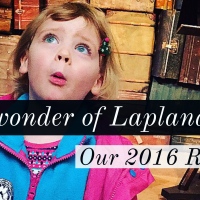