Dear Mummy, over the weekend we were invited to attend the first ever #CharacterKidz youtube influencer event in London. It’s always exciting to go to shows and see brand new toys.

Arriving at the #CharacterKidz event in London

It was held held in Central London and lots of top UK kid youtubers arrived at NoHo Studios too see all the newest toy releases from Character Toys!

Unlike the London Toy Fair, this event gave children of all ages the chance to get there hands on the newest additions to the Character Toys portfolio. It was a great event and over 50 youtube channels attended. There was huge basement which opened out into lots of displays showcasing new releases. 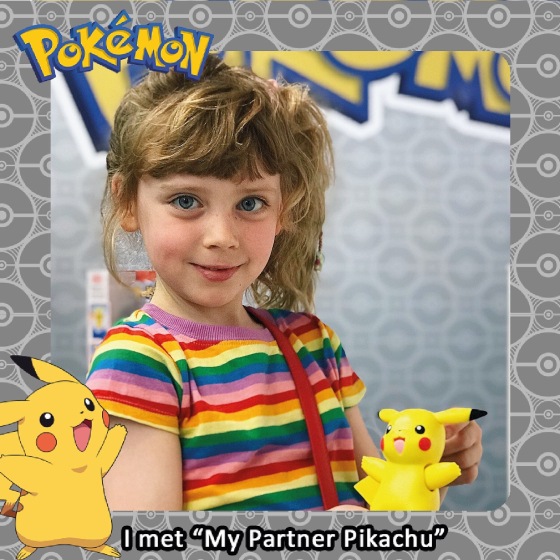 One of the first things I saw was a brand new Pikachu! I’m a massive Pokémon fan and I got to play with My Partner Pikachu. Birdkeeper Toby, a true legend of Pokémon influencers, took me through my paces as we trained Pikachu together. 3 touch sensors helped me and Pikachu communicate and I watched Pikachu’s arms and ears move. His cheeks and tail also lit up and with over 100 interactions he made a great toy to play with.

What’s in the Box

What’s in the Box

The next toy display we saw was What’s in The Box! I challenged my mummy to a guessing game. It’s easy to play as you place different items inside the box, keeping the front doors close. There’s a built-in timer to give each player 10 seconds to feel and guess what’s inside the box! Watch our funny video below to see it in action.

I had loads of fun with making fashion arts and crafts with Blinger. At #CharacterKidz they had a fashion area with dressing up tables, wigs and items to customise. The Blinger flower wall was a great backdrop to show off my new headband that I embellished. It was an innovative, easy-to-use fashion toy for children to add sparkle and shine to their hair, clothes and accessories.

This was one of my favourite areas, much to my mummy’s surprise. I’m clearly into action toys at the moment and anything squishy and gross is great with me! Heroes of Goo-jitzu are mutated from animals into gooey fighters.

For the first time action figures and compound play are combined, infusing animalistic, street fighting styles with squishy play patterns and unique design aesthetics. I had fun stretching and poking them and love all the different types you can collect.

We tried Tap It! Consisting of four electronic light-up pods with four different built-in games. We played Pong, a bit like table tennis and there is also Switch and Memory games to explore. It was fast paced and hugely addictive! My mummy struggled to keep up with the beeps and defeat me! Check out our video to see it in action! 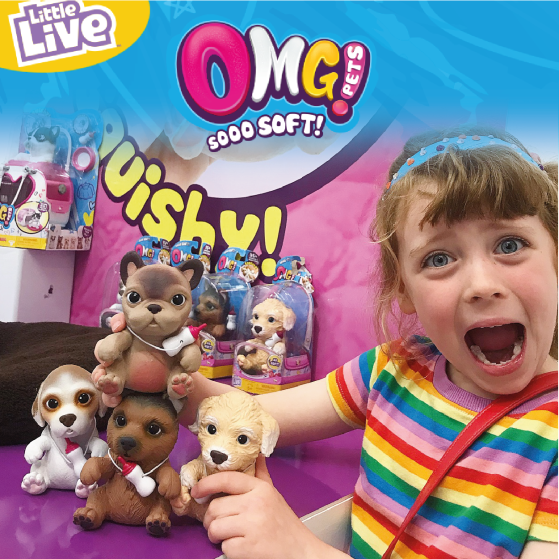 OMG Pets are a range of super soft realistic mini puppies that look and sound so real! These cute little puppies love to be petted and are part of the new Little Live Pets range. They came to life in my hands and were super squishy.

We also go the opportunity to hold the new Cozy Dozy animals. I loved Cubbles, The Cozy Dozy Bear who loves being as snug as a bear in a blanket! I love taking care of animals so this range was perfect for me. Cubbles responds to being tickled on its tummy and patted on its head. There’s a soft blanket included and a toy pacifier to help soothe Cubbles to sleep. With over 25 different sounds and reactions he’s a real joy to play with! 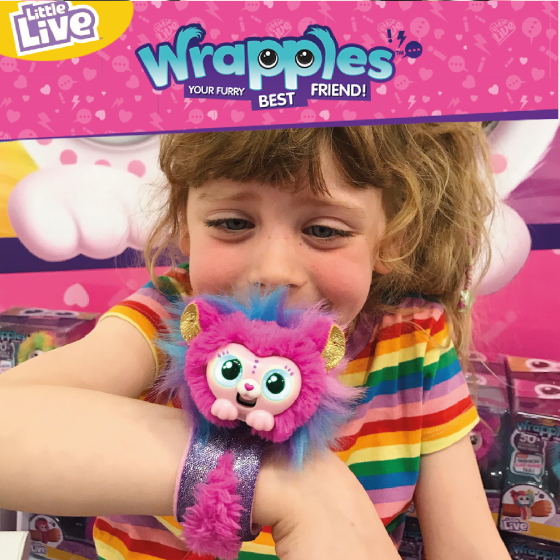 I’ve seen Wrapples before but nothing like these little fellas! Flip and snap this cute wearable pet onto your wrist and take him everywhere with you. With over 50 interactive sounds, light-up emotive eyes, talking and singing, this cute collectable pet is irresistible!

I went on a quest for kings gold and dug for real treasure at #CharacterKidz. An Indiana Jones look-alike helped me remove the lid of the tomb and smash through the plank to discover my Treasure Hunter, weapon and treasure chest. I spent the longest at this stand and loved hunting for treasure.

I turned into a mad scientist as I dissected an alien belly at The Alien autopsy stand. I had fun playing with goo and slime and discovering alien parts!

This area was my daddy’s favourite at #CharacterKidz. The Laser X Fusion Zone was in the basement. I pretended to be Laser X Super Fighter as my folks and I went head to head with the Blasters. With a blast radius of 90 meters, built-in voice coach and digital lights and sounds we had so much fun playing. The blasters also morphed into gaming targets with 3 built in games to test your speed and skill.

Travelling to London for #CharacterKidz

I loved getting hands on with the toys and playing with them. The Character Toys staff were knowledgeable and even got stuck in too. It was a really good event and even though it was super busy at times I still captured some awesome footage.

It gave me the opportunity to see lots of famous Kid YouTubers in person too! One day I hope to be as big as them!