Dear Mummy, roll-up roll-up! Come and see the greatest spectacle Basingstoke has ever seen… well at least in my head it was the greatest party I had ever seen. 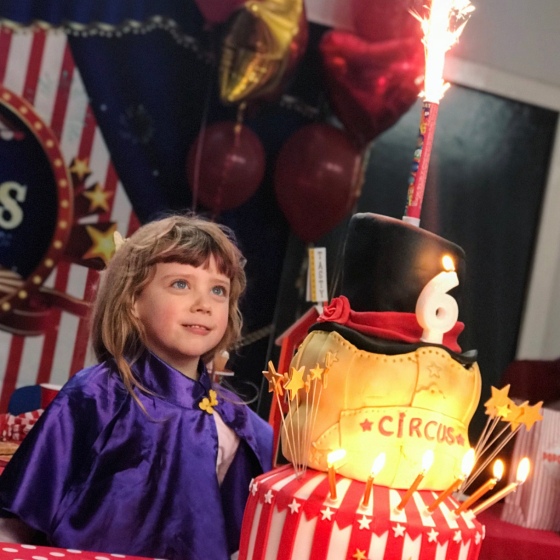 It was my 6th Birthday Party after all. My folks had spent a lot of time organising it after my first party date fell through due to the snow, however we were back on track without a snowflake in the sky. Thirty of my friends and family helped me celebrate in our local village hall. 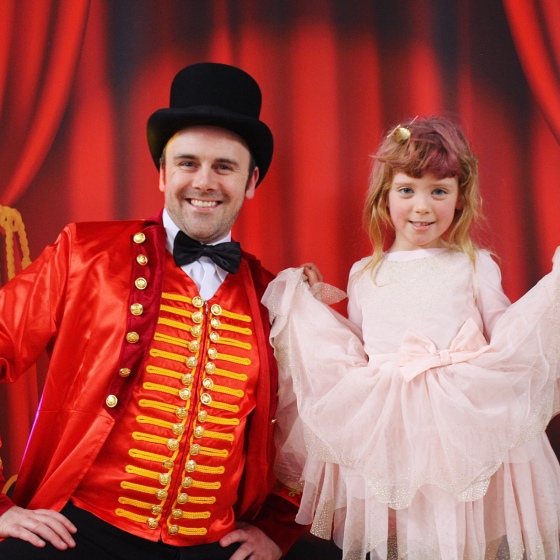 The theme was The Greatest Showman and we were fortunate to be joined by Playhouse Parties and the talented ringmaster Daniel. He orchestrated an amazing couple of hours filled with magic tricks, circus games and dancing, all to the backdrop of The Greatest Showman Soundtrack. 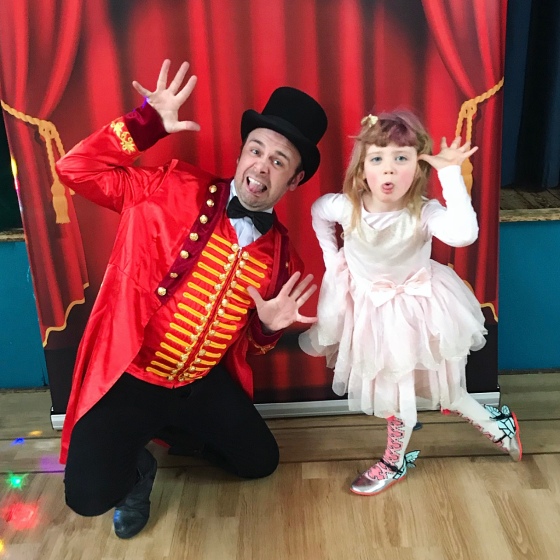 Even after all the hassle of the snow, Daniel was accommodating and professional at rescheduling at short notice. Not only that but he kept us in the loop and my folks had great communication with him leading up to the event which put my mind at ease. 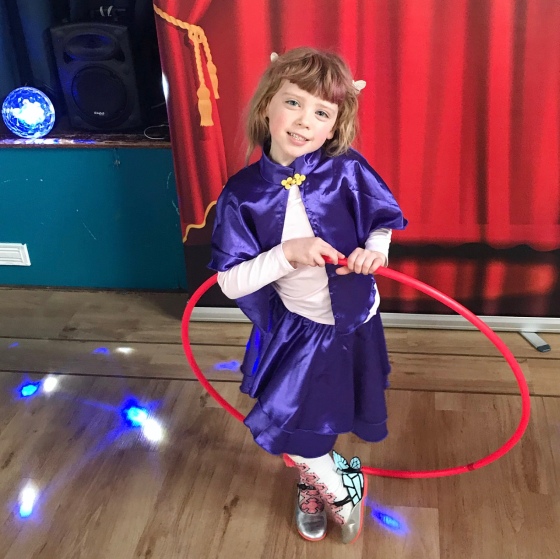 Party guests donned their circus outfits and we had Ann Wheeler (the acrobat), a couple of little ringmasters but sadly my mummy chickened out of her bearded lady costume, she didn’t want to frighten off the school mums! 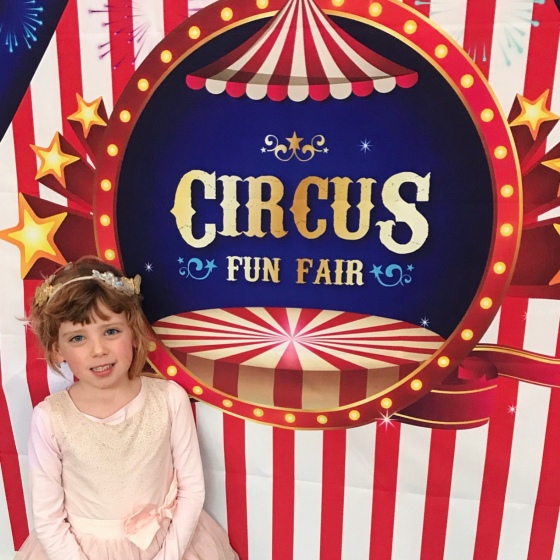 Our table was dressed in red, blues and whites with a really cool backdrop we obtained off Amazon for a bargain price. Table decorations were picked up in the Party Pieces sale earlier in the year and balloons filled up from our local Hobbycraft. 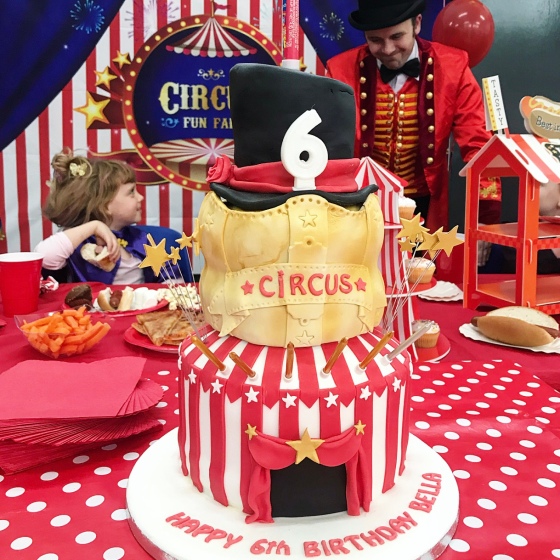 Our fabulous cake was made by a family friend who’s been making our cakes since my mummy was a little girl. Of course it had to be circus themed. 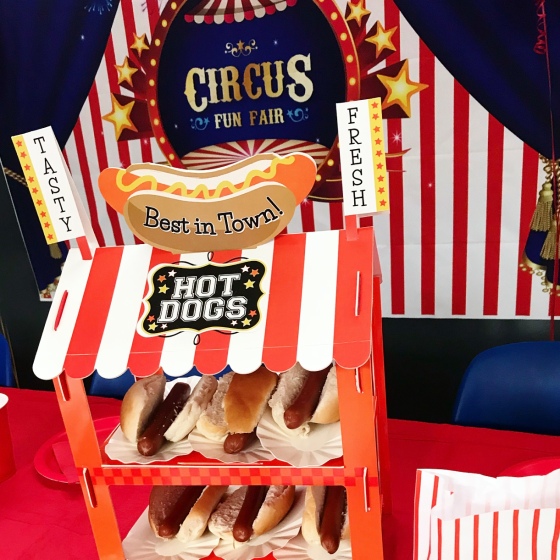 My folks served hot dogs and freshly cooked popcorn, along with lots of treats. Sadly if they could have hired a candy floss machine they would have done but the thought of sugar crazed kids wasn’t THAT appealing to them! Check out my video below to see all the action. (We haven’t included any of our party guests for privacy reasons, so don’t worry I wasn’t alone!)

My mummy has vowed this will be the last big party she’ll hold for me (I don’t believe her) as she loves planning parties and it’s a great excuse to see family. 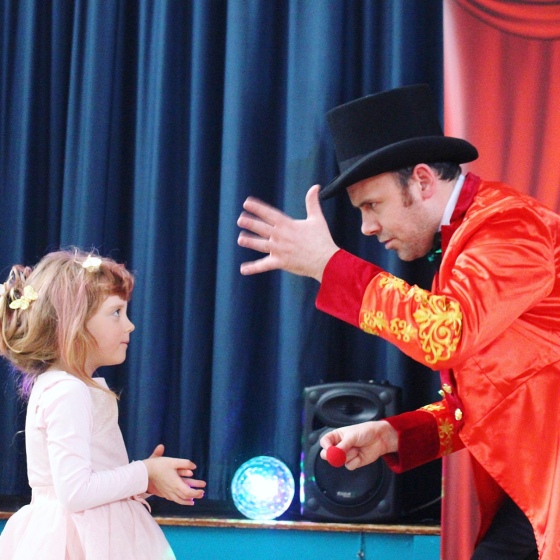 Having an entertainer at an event really takes the stress out of having to keep kids engaged, involved and happy at birthday parties. We were super impressed about how Daniel managed the children and kept them all happy and included. This gave my folks a chance to speak to guests and soak up the party atmosphere! 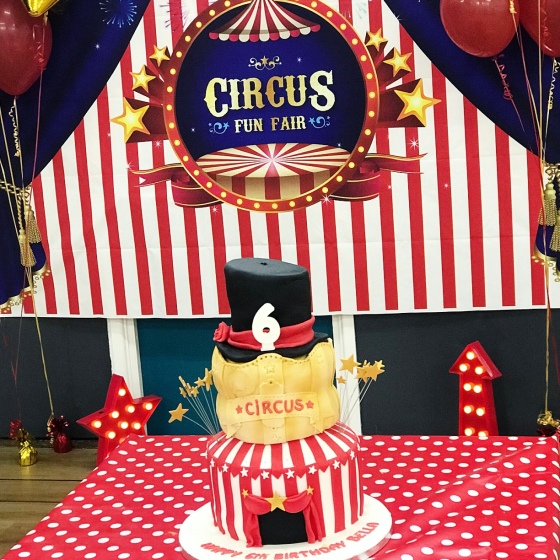 At one point Daniel had all of the children totally engrossed as he performed tricks and played the Limbo with them! It might have been the fab Ringmaster outfit he was wearing that drew them in but I’m sure it was his energy and charisma. One child even whisper to his mum that he WAS the REAL Greatest Showman! 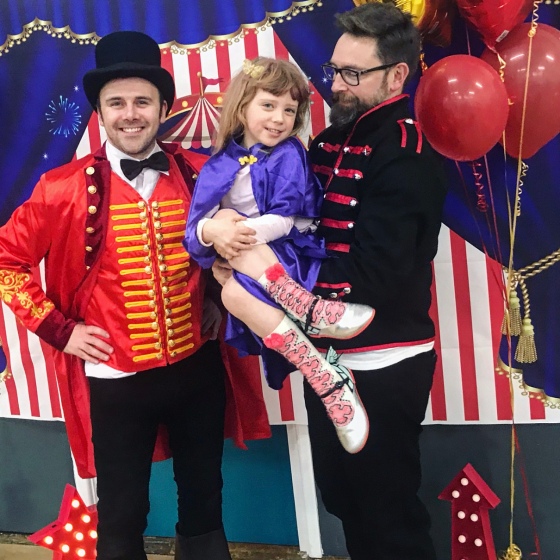 I knew better however… it was his sidekick that had come from the Farnborough Circus! So what was the last party you went to? Was it themed like mine?

Disclosure: Playhouse Parties offered us a discounted price in order to conduct a review and share with our followers. All photos, giggling and circus posing are our own! 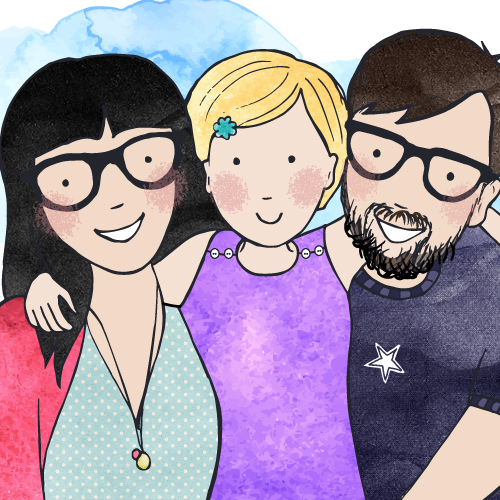 ❤️Happy World Book Day! ❤️ I’ve been having lots of fun reading my favourite books! 📖 Did you dress up as one of your favourite book characters for #worldbookday2021 Let me know in the comments ⬇️ #worldbookday #diycostume @worldbookdaysocial #lydiamonks #sharingashell #juliadonaldson #sharingashellactivity #books @worldbookdaycostume
I’m a kid! Get me out of here!! 😆 Seriously fed up of lockdown now and the end is in sight! 🤩 I’m wondering what it will be like 3 months from now! ☀️ Freedom?! 🤷‍♀️ Name one thing you are looking forward to below ⬇️ I’m looking forward to going camping 🏕 and hopefully attending a festival!🤞#endoflockdown #lockdown2021 #lockdownlife #escapetothecountry
[AD] Yes, we’re still practicing at hair braiding! 😆 My mummy is all fingers and thumbs so is finding the how to videos that @trenza_braidbar do very inspiring! 😍 Practice makes perfect and she’s determined to get braiding down to a fine art before the summer. ☀️ Can you guys braid? 🌈 I must admit it’s been great practising on a styling head as opposed to a wriggling person! 🙈 I love the @trenza_braidbar Learn to Braid at Home Kit which has everything you need to become a hair style guru! ❤️ Check out their page for more inspo! #hairstyles #kidshair #stylinghead #kidshairstyles #braids #howto #braidinghair #trenzabraidbar
[AD] Snug as a bug in a rug! ❤️ Dreamtex is working with Sainsbury’s on a great World Book Day range to help make storytelling at bedtime more fun!
[AD] I’m a massive fan of fairies 🧚🏻‍♂️ and often hunt for them in the woods and at the bottom of my garden. 😍 But now Bright Fairy Friends can be discovered in store and online at Tesco!
[AD] Magic! ✨ It’s Zuru’s Oosh Potions Slime Surprise from @zuru.toys ✨ I can’t wait to make magical DIY slime with my glow in the dark wand! ⭐️ There's everything you need inside these bottles to make awesome slime! 🧙 There are 4 different magic potion bottles to collect, each with two surprise potions to make inside! 👀 Keep your eyes peeled for my blog review and videos coming soon! #zurupotions #zurutoys #slime #slimetoys #zuru #slimemaking #zurupotionslimesurprise #slimesurprise
[AD] We’ve had a couple of quiet days, as my mummy was a bit poorly 🤒 after her jab 💉 so I decided to make her some colourful artwork to cheer her up. 🌈 I also made some painted stones to brighten up the neighbourhood too! 💙 I used my awesome @littlebrianpaintsticks and made thank you stones! ❤️ Keep your eyes peeled for my latest instalment of #BellaCreates coming on YouTube soon! 🌈 #paintedstones #cheeringup #paintingstones #littlebrianpaintsticks #kidscrafts #artwork #kidsart
[AD] 🎉Happy Mail! 🎉 It’s Kids Fashion Week! #gkfw #DAFFashionWeek 💕 I’ve teamed up with @designafriendofficial to bring you an exciting fashion show with my beautiful DesignaFriend dolls in their stylish outfits! 📸 Stay tuned for my catwalk shows on Reels! I’m just getting started! 😆 You can join in the fun - there’s a DesignaFriend Fashion Sketchbook to download for FREE! Visit the DesignaFriend page at @argos 💕 it’s contains some great activities for #halfterm and the #weekend ✏️ #kidsfashionweek #catwalkvibes #kidsfashion #designafriend #minimode #dearmummyblog #fashionshow #designafriendofficial
[AD] Check out my BRAND NEW VIP Pets Mini Fans! There are six different fan squads to collect - Pinkilicious, Disco Divas, Queen Ladies, Fantasy Club, Dream Team and Rainbow Surfers. I opened a RARE one! 🤩 Each come with their own hair accessories, heart case plus a comb to help keep their super long 20cm locks in check!
Trying to stay positive this week! 💕 It’s less than 2 weeks until March and the days will get longer, the sun will shine ☀️ and the flowers will begin to bloom! 🙌 It’s the start of new beginnings! 🌼 I’ve already spotted some snowdrops and crocuses! 🌸 Are you looking forward to Spring? 💐 #springiscoming #holdtight #feburary #springtime #staypositive #halfterm 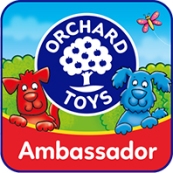 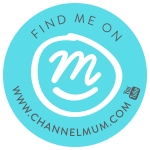